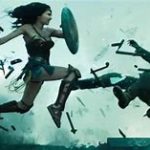 let me do this post about Darkness Fail (DF).

I understood that i lest open to the realm that takes the most towers or castle in 1 day. I'm not saying anything about it, I totally approve of it.

This is a great thing when we were quite numerous on each realm with 50 to rvr in May and June see July.

But you forget that since the end of June at the beginning of July, the players also have a family, children and go on vacation. You also forget that there are people who work while others are on vacation, or who we do not have the chance to go on vacation and stay at home.

I mean part where the staff lets block access to DF to the other 2 realm while on Alb and Hib then it has almost no 50 logued or 50 that comes out in RVR for 3 weeks to take over DF, it's a shame to penalize everyone because of the absences!

You can't imagine the number of new players or former players who have recently returned and to mount their 1st tank that have lobbed up 15 in the hope of returning to DF (a real merit) to buy a 1 or 2 weapons and a drinking armor with seals because it does not loot elsewhere and costs too much to the merchant with the little gold that we get to up lvl 15 that is not never enough.

Don't be surprised at the number of new players or former players to abandon this server to lvl 15 very disappointed with their waste of time.

They do not deserve this punishment: no DF !

This topic was modified 3 months ago by May

I agree with the concept of this. I see a lot of people just trying to level and with the xp change, its rough. Giving all realms access to DF at least until population gets higher would be a big help to the new people. 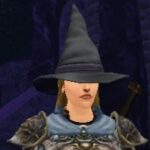 I will disable this function today for a while.